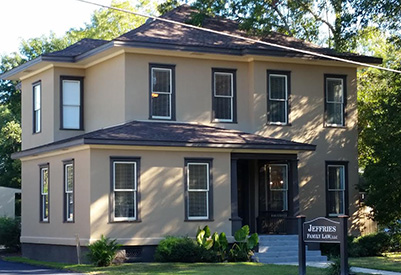 Jim received his Bachelor of Arts degree from the University of South Alabama in 1988 and his law degree from the University of Alabama in 1993. He began his legal career as a prosecutor in the Mobile County District Attorney's office. Jim then practiced with Lyons, Pipes & Cook, where he was a member of the firm, until 2003. In 2003 he began practicing with Sherman & Jeffries, LLC, concentrating on family law and criminal defense matters, prior to opening his current firm in January of 2008.

He continues to lecture to attorneys across the state regarding family law issues and actively volunteers/serves on various boards of The Exchange Club Family Center and Wilmer Hall Children's Home.